On Monday when the mothership and I got back home, just as the sun was setting, we were greeted by the view that we see everyday in a new colour. It was so gorgeous to look at and I’m not sure if this photo really does it justice. 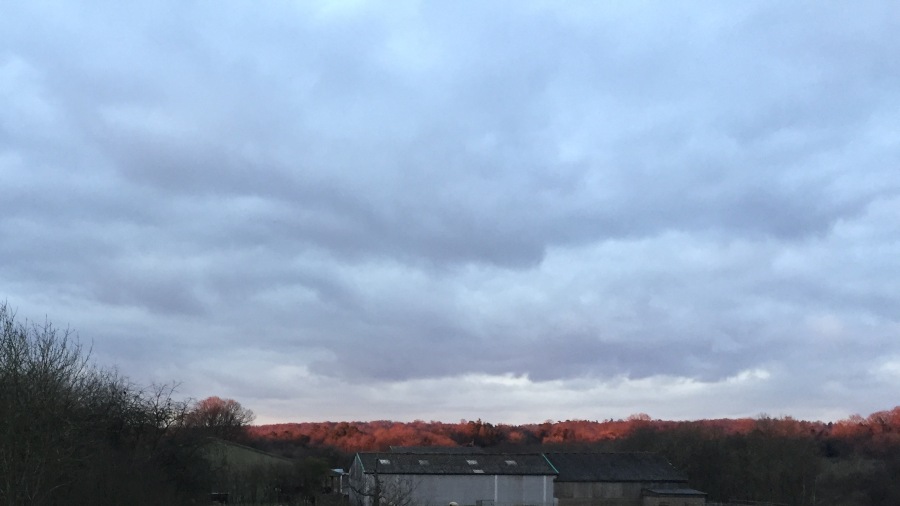 Talulah arrived to visit on Tuesday. I gave her tennis lesson number 2 on Wednesday. It is so amazing teaching someone who’s not six and seeing how fast they improve. It normally takes two terms of lessons to get a kid to the point where they can rally but Talulah has done it in two hours!

I had my first driving lesson on Wednesday. I’ve been putting it off for a year and I had nightmares about it before hand. However, it was way easier than I expected and I now don’t know what I was worried about. Yeah, so I clocked a top speed of about fifteen miles an hour and I never went out of first gear but I didn’t crash (only nearly) and I didn’t stall!

On Thursday I saw these primroses while out walking the dog. 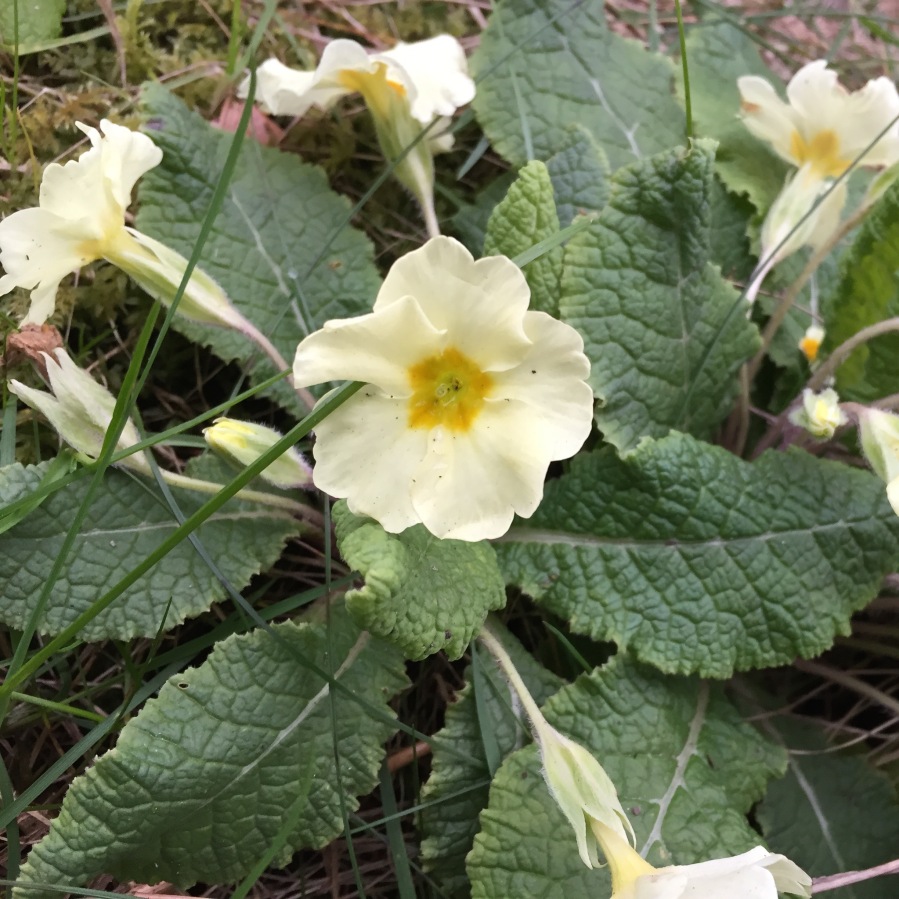 Primroses always remind me of the chapter in Wintle’s Wonders (Dancing Shoes) by Noel Streatfeild where they go primrose picking in the woods on Easter Sunday. I’ve never come across a wood where there are lots though, I mostly just see a few at a time with daffodils and crocuses. My sister and I decided that we needed a challenge at about 7 pm so we did 100 sit ups. As Talulah put it ‘Why ever did you do that??’ It was very painful but not on our stomaches, on our back as for some reason we did most of them on the tiled kitchen floor.

My father got home from South Africa on Friday (he’s been away for two weeks). The dog was missing him lots. 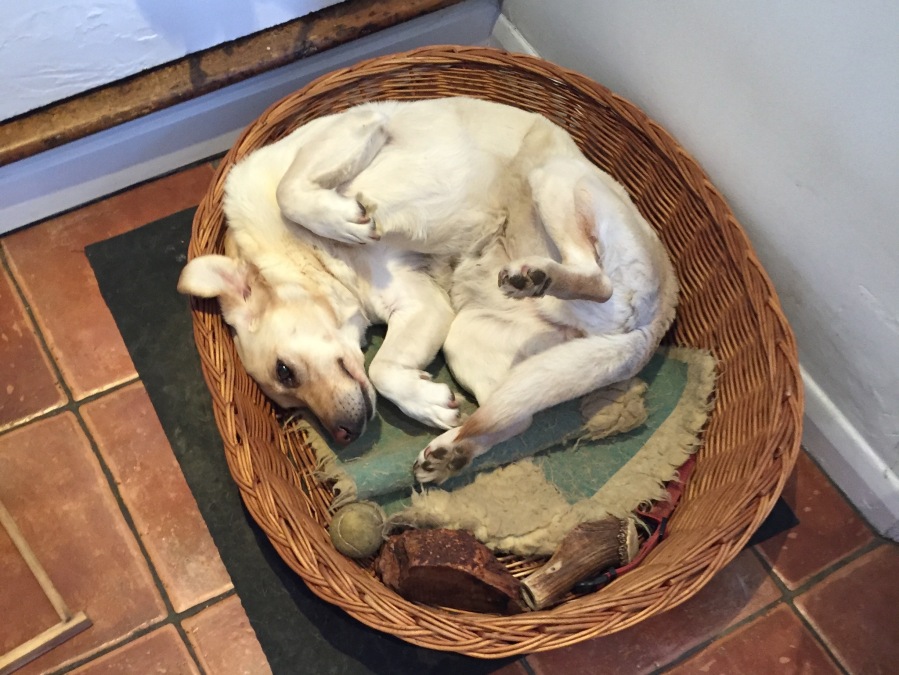 But then became quite pleasant in the afternoon. Definitely OK for tree climbing and dog exercising. 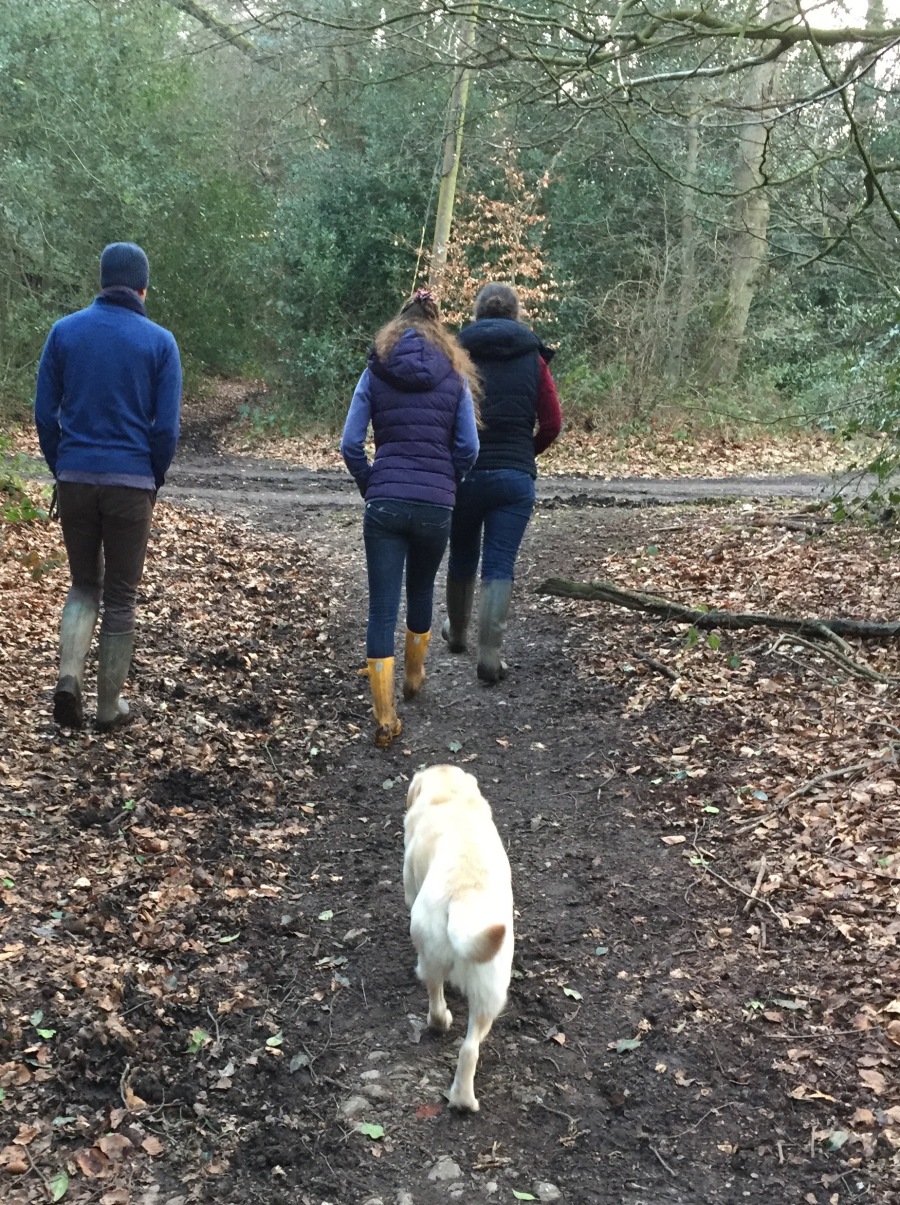 On Sunday the sun shone like crazy all day but it was debatable whether the temperature ever got above freezing… My brother and sister went a bit mad and decided to sing songs using my feet as microphones (I was lying on the floor). The mothership went a bit mad and decided to clear out the kitchen cupboards which resulted in left over Christmas crackers with lunch (and it is important to specify the Christmas because I had halloween crackers at a cello course last year). My father went a bit mad and lay down on the sofa where he promptly fell asleep and is now snoring in the background.

Last of all, this photo has just been inserted here so that my brother can use it to make a button for me. Apparently he needs the picture to be already online. And I know that apparently it’s very easy to do but I have minus amounts of interest in learning to computer program so he can do it for me as a gesture of brotherly love.

Stuff I write about